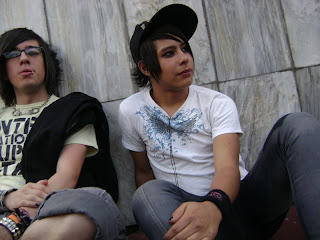 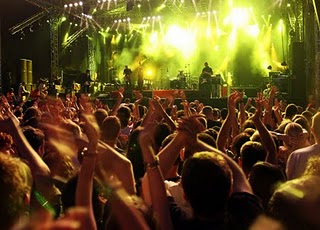 
Fred is 17 and loves music. He goes to all his favourite bands concerts and owns all their T-shirts. One night he decided to go to a Blink 182 concert alone because his friends don’t really like Blink 182. He was having a great time and as you do at concerts he made some friends. These new friends were much older than he was and seemed a lot cooler too. They talked about their favourite Blink 182 songs and how it was so awesome that Blink 182 came to Toronto. About half-way through the set Fred’s  new friends brought out what looked like a cigarette. Fred quickly learnt it was not a cigarette. They told it was called a “joint” and contained marijuana. They offered him a ‘hit’ and even though he had never used drugs before he accepted the ‘hit’ because he wanted these people to keep talking to him. Throughout the night they gave him beer and more joints until he was so drunk and high that he passed out. His new-found friends left the concert early to avoid the paramedics while another concert-goer called the security guards.

Fred was sent to the hospital and his parents showed up at 1 am to get him.
What are Fred’s legal issues?
Alcohol
An Ontario law called the Liquor License Act says that people under age 19 are not allowed to have, drink or purchase alcohol (Liquor License Act, S. 30(8)). It is also illegal for someone to provide alcohol to people under age 19.  However, there is an exception in that parents are permitted to give alcohol to their own under-age children at home under parental supervision, without them or the kids being charged.  That is the only situation where it would be legal for someone to supply alcohol to a minor and legal for the minor to consume alcohol. Fred and his new “friends” may be charged under the Liquor Licence Act and be made to appear in Provincial Offences Court.
Cannabis/Marijuana/Pot
The Controlled Drugs and Substances Act is the federal law that deals with drugs. Cannabis (aka. Marijuana) is a schedule II drug, and carries criminal consequences for youth who are found guilty of possession, trafficking, exportation and/or production. There is no age parameters with regards to illegal drug use- anyone found with cannabis will be in violation of the Controlled Drugs and Substances Act and may charged and must attend court.  Fred and his “friends” could be charged with possession of a controlled substance.
Youth who are under age 18 when alleged to have committed a criminal offence are dealt with under a separate legal system from adults.  This system, and the various rights that youth are entitled to, is outlined in the Youth Criminal Justice Act.  For more info on youth charges, see this pamphlet.
If you are young person in Ontario and you need a lawyer to represent you, call Legal Aid Ontario: (416)598-0200, 1-800-668-8258 (outside GTA), or Justice for Children and Youth (416) 920-1633, 1-866-999-5329 (outside GTA)
For More Info on Youth and Drugs:
According to recent survey conducted by the Centre for Addiction and Mental Health (CAMH), the two most common drug substances that Ontario students (grade 7 – 12) use are alcohol and cannabis (Ontario Student Drug Use and Health Survey, 2009). Fred’s scenario is not uncommon and is a recurring issue that teens deal with on daily basis.
JFCY Home