Lindsay, who just turned 15, decided she wanted to celebrate her birthday by going to a club. However, being underage she could not go get into a club so, Lindsay and her friends wanted to find another place to hang out. While walking around, they find a house under construction. They contemplate going in because they see signs prohibiting entry on the property. However, it appears to be empty and since it is still under construction, they have no trouble getting inside. T

hey are having a great time, so they call over some more friends to hang out there. By 11pm, Lindsay has rounded up about 20 of her friends and is thrilled to be celebrating her birthday in an empty house, without her parents or any supervision around. A nearby resident hears loud noises coming from the house and calls the local police. Within minutes, two policemen are at the premises.
What kind of trouble could Lindsay and her friends get into with the law?
Lindsay and her friends are trespassing  and may be charged with breaking the law. The province of Ontario has a law called the Trespass to Property Act.  According to the Act, Lindsay and her friends are trespassing because there are clearly signs prohibiting entry, they do not have a legal right or authority to be on the property and they do not have permission to be there from the owner of the property.
Section 3.(1) of the Act outlines an offence called “Prohibition of entry”:
Entry on premises may be prohibited by notice to that effect and entry is prohibited without any notice on premises,
(a) that is a garden, field or other land that is under cultivation, including a lawn, orchard, vineyard and premises on which trees have been planted and have not attained an average height of more than two metres and woodlots on land used primarily for agricultural purposes; or
(b) that is enclosed in a manner that indicates the occupier’s intention to keep persons off the premises or to keep animals on the premises. 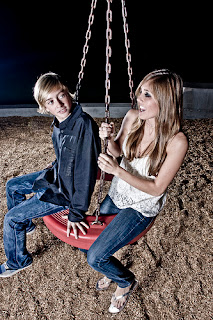 An offence is committed if a person enters onto property when they are not allowed. According to this section, Lindsay and her friends could be charged by the police because the property explicitly had a sign prohibiting entry. They could be ticketed and required to pay a fine, or the officer could give them a “summons”, requiring the youth to attend court to deal with the charge.  If a youth under age 16 is given a summons, his/her parents will be notified of the charge by the police.  Either way (summons or ticket), the youth have the right to dispute the charge in provincial offences court.

The scenario for this post was written by Naiara Toker, a JFCY volunteer on the PLE Team.  The legal info was written by Lauren Grossman, a first-year law student at U of T who is volunteering at JFCY through her law school’s Pro Bono Students Canada program. All info was reviewed by a JFCY staff lawyer.