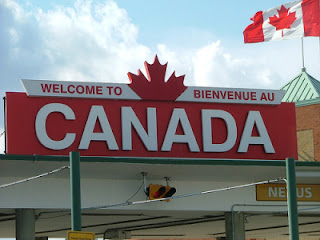 Jose is a 10 year old boy. He was born in Mexico, brought up in a low-income family. His parents have been saving up for years working in labour intensive jobs in hopes that Jose will never have to suffer through the hardships that they encountered in their lives. Jose’s parents are hoping to move to Canada so that Jose will have a chance at a better education, and subsequently a better life. On his 10th birthday Jose and his parents flew out to Canada hoping for a brand new start. After settling into the neighbourhood and nearby surroundings, Jose and his parents decided that since it was nearing the start of school, they should visit their nearby school for registration. By the time his parents brought him to register for school they had just realized that their visitor’s visa had expired. His parents are not sure if the school will register their son and are quite worried. Jose is really disappointed to hear this news and remains eager to start school in Canada.

What are Jose’s rights?

All children who reside with a parent or guardian within a school board’s boundaries have the right to attend a school within the board, but not any specific school.

Canadian citizens and “permanent residents” do not have to pay a fee to attend a school in the district in which they live.

Students who are “visitors” to Canada will have to pay a fee in order to attend school. For example, if Johnny and his parents do not take steps to gain immigration status in Canada then they will likley have to pay a fee.

However, non-citizen students will NOT be charged fees in certain circumstances. These are some, but not all of those circumstances:

The above information on payment of fees can be found in the Ontario Education Act, at s. 49, available here

To learn more, check out this JFCY pamphlet: (“Do I have the right to attend school?”)

Other Issues for Students Without Legal Immigration Status

Section 49.1 of the Ontario Education Act says that a student should not be refused admission to school becasue they or their parents are unlawfully in Canada.

The Toronto District School Board has adopted a policy called, Access Without Fear: Don’t Ask, Don’t Tell  for children without legal immigration status. This policy aims to protect the rights of children and their families by not asking for, reporting or sharing information about any student’s or a student’s family’s immigration status. For more on this policy, adopted on May 16, 2007, see page 2 of this document

Other school boards in Ontario may have different policies.

For more information on activism in this area, check out the No One Is Illegal blog here